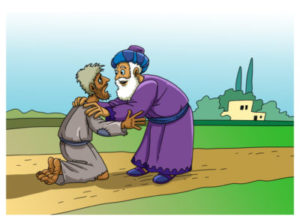 Original authorship is in dispute. This version by Mike Mirabella, 2010

Finagled his faithful father into forking over his fragment of the family’s farthings.

He flew far to foreign fields and frittered away his father’s fortune,

Finally, fragile, facing famine and fleeced by his fellows in folly,

He found himself a feed-flinger in a filthy farmyard!

Flushed and fairly famished, he would have fittingly filled his frame

With the food forage from his father’s fodder fragments.

He fled forthwith to his forlorn family.

Falling at his father’s feet, he fretfully floundered confessing, “Father, I have flunked

And have foolishly forfeited family favor.”

Unforeseen, but forbearingly, the faithful father, forestalling any further flinching,

and to fix a fabulous feast featuring the finest fatling in the flock. 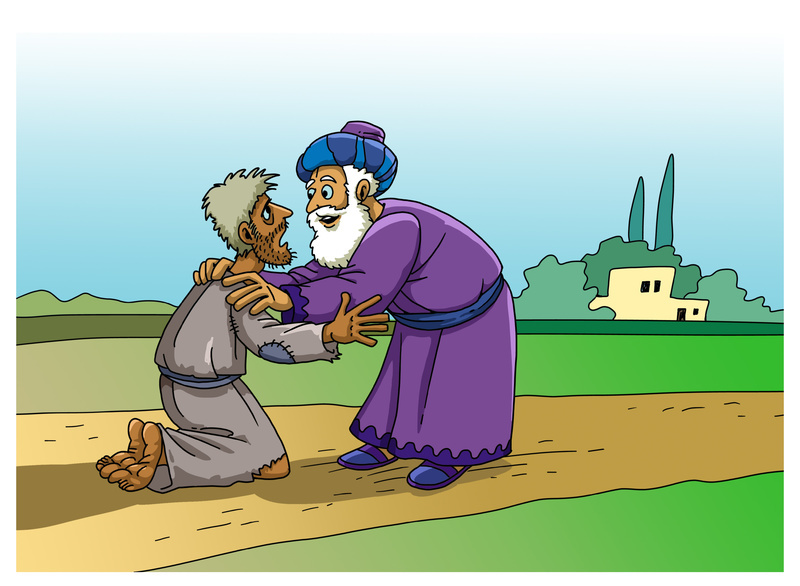 However, the father’s faultfinding first-born frowned on his father’s fickle forgiveness

and flashed his fury at the fledgling’s frothy folderol.

But alas, the firstling’s futile fussing fell fixed and forgotten,

For the farsighted father figured such filial fidelity as befitting and fine.

“Now, what forbids fervent festivity, for our faraway fugitive is found.

For former failures are forgiven!”

When folly is forsaken, forgiveness forms a firm foundation for future fortitude and fortune.

From Pam and Mike Mirabella